A professional insight into teenage drug use by Board-Certified physicians. 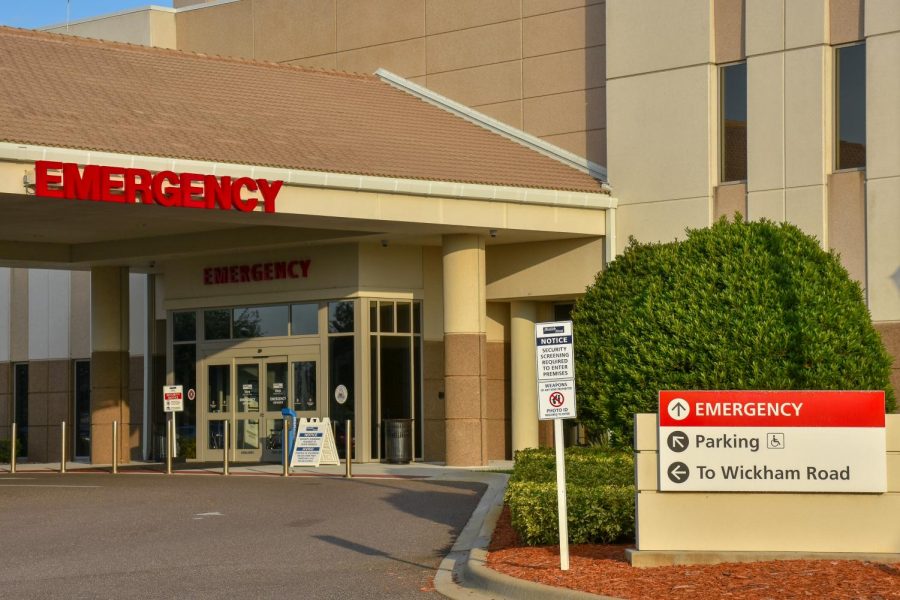 Board-Certified physicians describe how teenage drug use has an impact on today's adolescents.

Addiction. Craving. Dependence. Habit. Obsession. Fixation. All of these describe drug addiction. Anyone at any age can become addicted to any type of drug, whether it’s prescribed or bought off the street. For teenagers, addictions from drugs are even more impactful as it will have an effect on their lives as long as they live. Their addictions can even change how long that life will be.

Dr. Marty Brown is a board-certified emergency medicine physician and chief of emergency medicine at Holmes Regional Medical Center and CEO of BPA (Brevard Physician Associates). Brown has been working with various types of drug-related medical issues in the Emergency Room for many years and has had experience with teenagers suffering from drug use.

“We see about three to four true teenagers a week with severe addiction or overdose.  And five to six per day of adults. Frequently these young adults started while they were teenagers, but it can take several years for this addicted person to overdose or become so critical they have to come to the ER,” Brown said.

The idea of taking drugs while in high school or college may seem like a popular or trendy thing to do with friends, but the everlasting effects will stay for years and years. Eventually, an overdose will catch up to them and suddenly, what once was fun to do, has cost someone’s life.

From his professional experience, Sin has treated many teenagers who started their addictions with something that could very easily be avoided.

“Though some experimentation is normal, experimentation with drugs is dangerous, especially for teenagers.  Drug use during your teenage years poses a higher risk of addiction. Teenage bodies are in a critical state of development and drugs may significantly alter your body’s cravings,” Sin said.

The use of drugs at a young age just to try something new and fun can make even more of a dent on health just because of the age it is being used at. Not to say using drugs as an adult is okay, but using drugs as a teenager is much worse and has more of an effect in the future.

More often than not, parental influence and impact on a child’s actions attribute to the start of using drugs. According to the National Institute on Drug Abuse, lack of parental supervision and monitoring on their child’s activities make it much more likely for the child to turn to drugs as an alternative way to feel better. Teenagers with low family monitoring and discipline are twice as likely to turn to drug use by the time they’re eighteen years old (15% vs 6% as likely). Other than parental influence, there are also many other ways a teenager may be tempted to turn to drugs.

“Parental involvement is probably the most important factor, followed by social groups, schools and media campaigns.  Other factors include knowledge of the harms of drug use, societal expectations and attitudes, and laws and regulation,” Sin said.

It may be simply just not having the knowledge of how much of an impact drugs may have on their bodies. Or it can be from other people around that are tempting someone to use drugs. It does not take very much persuasion or temptation to start a lifelong addiction.

Along with why and when teenagers start using drugs, the drugs that they use are also significant to how they will impact their health.

“Some of the most common drugs I see are bath-salts: they’re cheap, and cause unpredictable aggressive and self-abusive behavior. Family pills (narcotics and benzodiazepines) are also common.  For example, the dad has knee surgery but does not use all of his pain pills, only to have his daughter steal them to get high. This is a start to a bad road. Also

According to the National Institute on Drug Abuse, commonly used drugs such as heroin and marijuana “rewire” neurotransmitters in the brain and drastically impact the brain by sending abnormal messages and activates nerve cells when they’re supposed to be inactive. Party drugs like ecstasy have a dramatic effect on the heart as it creates excessive stress, and can increase heart rate and blood pressure. An alternative effect from ecstasy is possible damage to the kidneys. Every type of drug has a different effect than the next, however, any of their effects are worse than not taking drugs at all.

Various drugs are used by teenagers to treat various symptoms or feelings but then spiral out of hand and lead them to the ER with severe cases.

“The worst-case I have seen is death, we have had several young adults die in the last three weeks (as of early November).  This was from heroin and fentanyl, but these started by stealing family medications. I have seen eighteen-year-olds with new-onset schizophrenia secondary to drug abuse.  These are the bad “ones” we talk about but in reality, most young adults and a lot of them are destroyed in a more subtle way. Grades, STD’s, Pregnancy, and loss of respect from family.  These we do not see in the ED until there is a bad crisis,” Brown said.

Even though taking drugs in the first place is dangerous for the body, waiting years and years for treatment can be even worse. Most of the adults in their 30’s that come into the ER that eventually die from effects caused by addiction could have prevented years of suffering and death if they sought out treatment in their teens when the addiction started or at least telling someone in an attempt to receive some help.

Seeking treatment early on can give someone many more years to live instead of ending up in the ER with a drug overdose. However, finding a way to receive treatment can be very difficult at a younger age.

“If drugs are impacting their life negatively, then I would encourage them to seek help.  Though finding help may be difficult given the few resources available for teenagers, some helpful programs are available,” Sin said.

Even though there is much temptation and experimentation with drugs, one way to not let that happen can be to remove the temptation.

“One way to lower the amount of drug use is not to have narcotics (old pills ) laying around,” Brown said.

Sometimes, in order to gain the motivation and inspiration to seek out help or persuasion to not start using drugs in the first place, someone might just need to hear one thing that could possibly change their entire mindset.

“Understand this is an insidious process. A couple of beers, wine coolers, and a little pot does not sound bad now, but it builds up and leads to worse things.  It is much easier to never start than to get deeper into it and go to rehab, which is not very successful. Prevention is the key, once you are addicted you are playing a losing game all ready. Don’t give it a chance,” Brown said.

Overall, teenage drug use is just a starting point for a life full of addiction, suffering, and pain that can easily end in the ER on drug overdose. Though it may be tempting at a younger age with other people, media, or lack of parental influence, the eventual outcome of using drugs at a party in high school can lead to an addiction to the same drugs years later.