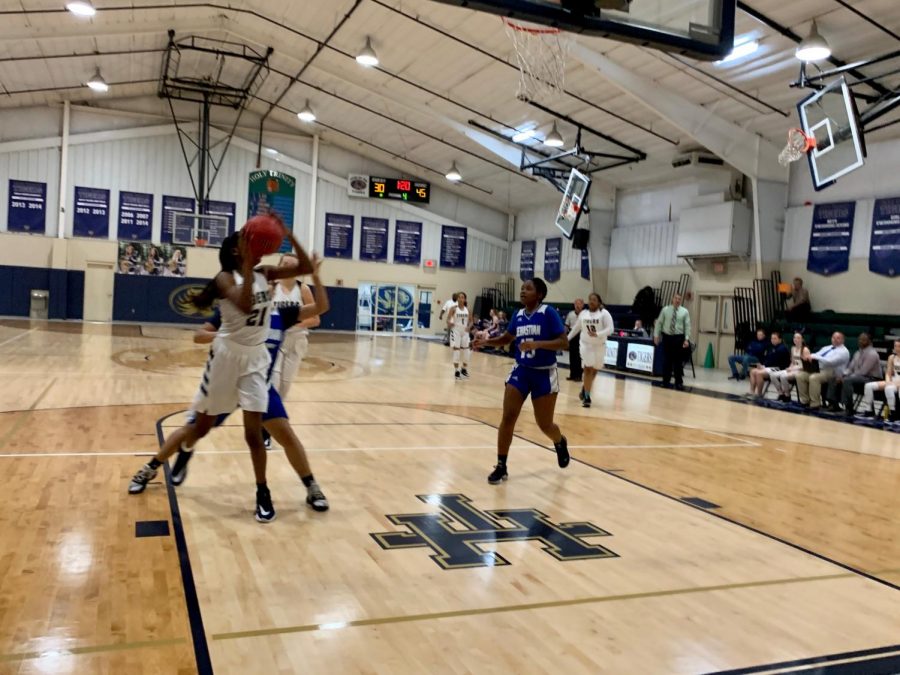 As the basketball season is coming close to an end, the varsity girls basketball team put up a strong fight against Sebastian River in a game on January 15. The Tigers came out with a score of 47-33 as they beat the Sharks to start the final stretch towards the playoffs next month.

With most of the team consisting of young and new players, the Tigers have had to work extra hard to get to their winning record of 7-6 overall.

Veteran player senior forward Haley Forde kept her teammates on a roll as they continued through the second half of the game. Forde’s versatility on the court kept the Tigers strong as the Sharks began to catch up. Senior Jordan Blair has not been able to play due to an ACL injury but continues to lead and cheer on her teammates in her final season. However, Blair may be able to return to the team in a healthy condition near the very end of the season.

Both teams kept fighting strong. Numerous fouls and time-outs drew the game on longer and showed how neither team was willing to give up their fight as the game was coming to a close.  Cloud, Lacey, Garcia, and Forde and the rest of the Tigers stayed strong until the very end and settled with a final score of 47-33 to beat the Sebastian River Sharks.

The Tigers will continue down the final stretch of games as they face the Eau Gallie Commodores Friday, January, 17.