Middlebrooks comfortable in the pool and on the field 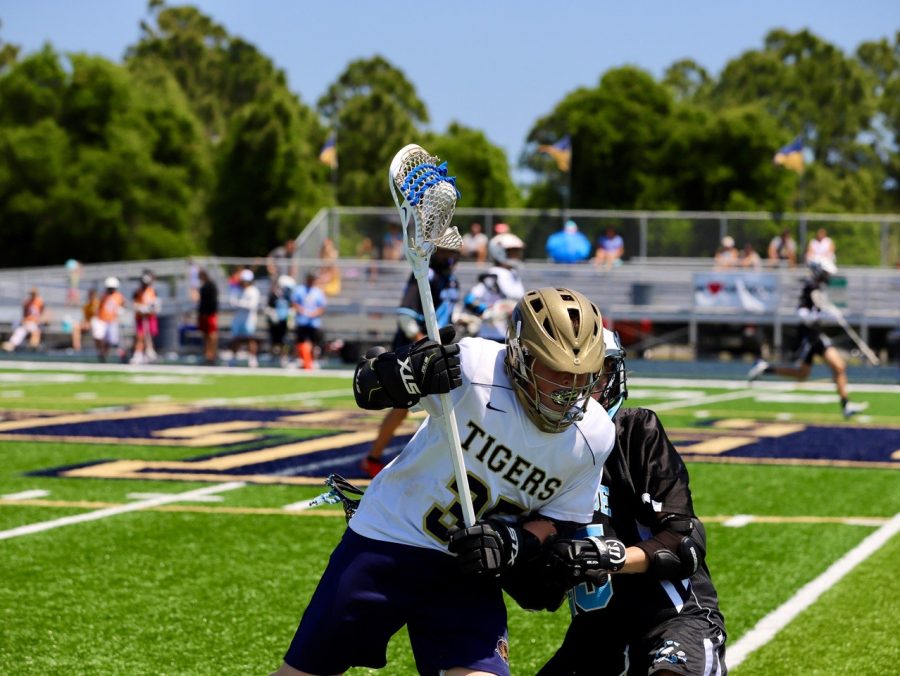 Jake Middlebrooks has participated in several sports at HT, but enjoys lacrosse the most.

Sports are a huge aspect of many students’ school life, and with dozens of time consuming sports to choose from, it can be overwhelming to decide what to play. This doesn’t stop Jake Middlebrooks, though, who has had a passion for athletics for as long as he can remember.

While Middlebrooks is certainly a busy athlete right now, his elementary years at Holy Trinity were no different. From kindergarten to third grade, he participated in swimming and soccer, while also doing basketball up until sixth grade. Then, he knew it was time to switch it up. “I wasn’t really big on the coach, and that kind of demotivated me to play basketball, so I wanted to try something new,” he said.

Upon arriving at the upper campus, Middlebrooks joined JV football for two seasons but quit for pep band and to return to swimming. During this time period, he had also been participating in lacrosse and is now preparing for his third season. Lacrosse also happens to be his favorite sport that he’s played so far. “The team gives off a very relaxed atmosphere, and the coaches are kind while also having brought a ton of improvements to me and the rest of the team.”

In between seasons, Middlebrooks is training at home or at the gym.

It’s a ton of hard work, but he does not regret a second of it. Sports have allowed him to meet and communicate with new people while building his character to become the best person he can be.

Middleebrooks is not likely to play basketball or football again, and he still wants to try out baseball in his senior year as he was told by coach Carlson he would be great at it.

Juggling sports, school and other extracurricular activities is no easy feat, but Middlebrooks has been able to handle it incredibly well.